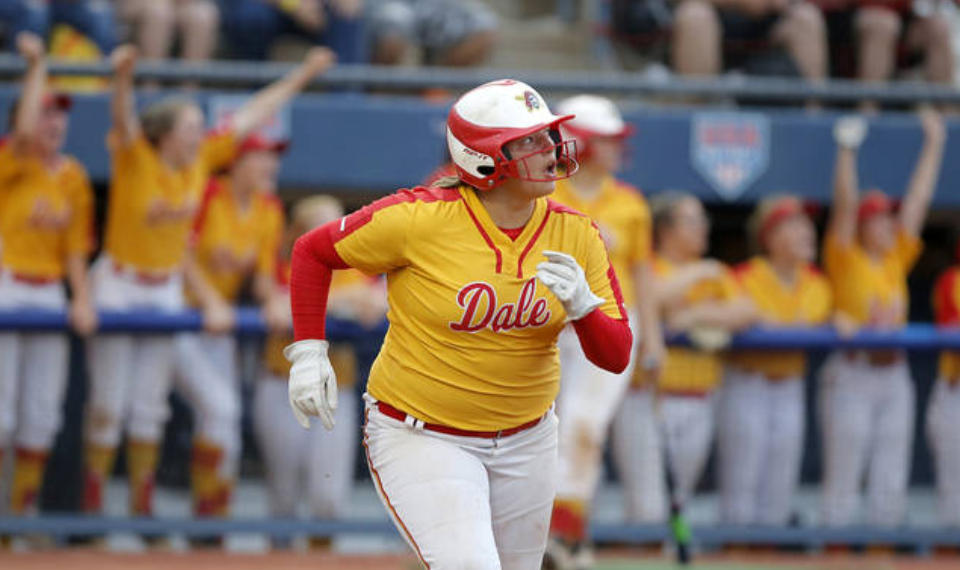 Sara Lock had just hit a two-run homer in the bottom of the sixth. Rutland could end it with one swing of the bat.

She stayed calm and let it rip.

A perfect swing and a towering home run ended the top-ranked Pirates' 21-11 run-rule victory over No. 3 Silo to win a third straight Class 4A slowpitch softball state championship Tuesday night at ASA Hall of Fame Complex.

“This being my last time, I wanted to go out with a bang and do whatever I could to help my team win it,” Rutland said. “We did.”

Rutland, who has signed with Murray State, hit two home runs and drove in four runs. She went 10 for 10 in the three tournament games after not recording an out in last year's tournament.

Dale (39-2) hit a total of five homers on the windy day, though that had little to do with the result.